+ Compare With Other Models Shipping Time

Recommended Products For You

Over the past year, every phone manufacturer (and their aunt) has jumped onto the bezelless bandwagon, and Doogee is no exception. As mentioned, early in 2017 it released the original Doogee Mix, which offered an almost borderless experience by making some pretty drastic compromises (namely placing the front-facing camera at the bottom of the screen, thereby forcing you to rotate your phone every time you take a selfie).

You’ll be glad to hear there’s no such insanity here. Doogee has come to its senses, and placed the front-facing camera back where it should be, at the top-left of the device. This return to a more conventional form-factor pays off. Although the Mix 2 is less visually intriguing than its predecessor, it doesn’t force you to change how you use a phone in order to accommodate its quirks. 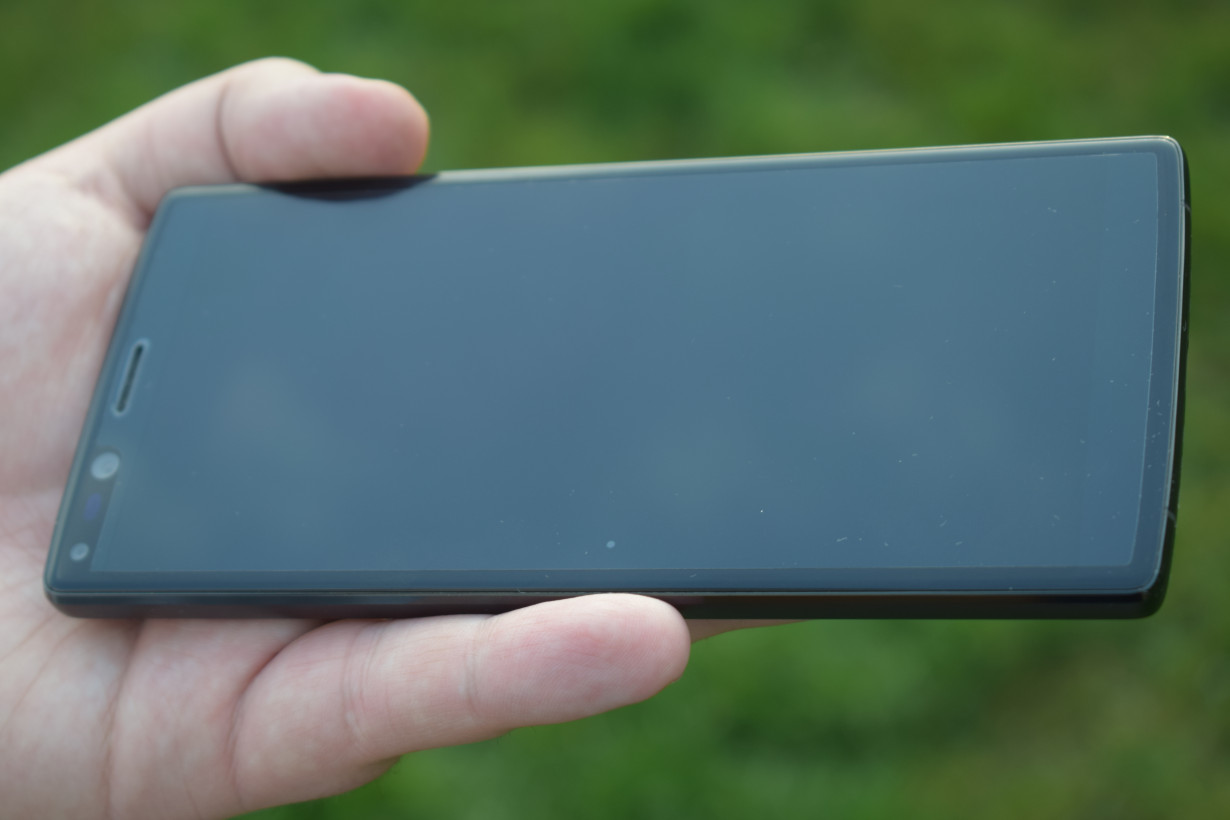 Doogee isn’t a premium brand. It’s but one of a legion of manufacturers pumping out phones by the truckload from factories in Shenzhen. Despite that, the Mix 2 feels weirdly premium. It’s solidly built, and not even remotely plasticky. Both the front and back of the device are covered in glass, meaning that when you place it on a solid surface, it makes a satisfying clunk (although it is a fingerprint magnet, as discerning readers have probably noticed from the photographs.)

On the back of the device is a delightfully responsive fingerprint reader. Placing it here makes it easier to reach, but it also means that the front of the device has more space for the display. Even though the Mix 2 isn’t really a bezelless phone, I was really satisfied with the screen-to-body ratio.

Although the Doogee Mix 2 sits in the low-to-medium price bracket, you’d be hard pressed to find any immediately obvious compromises. The 6-inch, 18:9 screen boasts a 2160 x 1080 resolution. It’s bright, and the colors aren’t dull or washed-out.

The Doogee Mix ships with Android 7.1 Nougat. Although at this point it’s a little long-in-the-tooth, it still doesn’t feel dated to use.

One of the most endearing features of the Doogee Mix 2 is that it comes backed with a ginormous battery. Under its glass and aluminium shell is a 4060mAh cell. For context, the Samsung S9 comes with just 3000mAh of juice, and the iPhone 8 mere 1821mAh.

While this isn’t as big as other phones in the Doogee stable (namely the pocket-friendly Doogee BL5000 and the industrial Doogee S60), it’s still pretty damn impressive.

Quad-camera phones are all the rage now, and the Doogee Mix 2 jumps on that particular bandwagon with abandon. Both its rear-facing and selfie snappers are in a dual-camera setup.

Quality during the daytime was perfectly acceptable, and there’s scarcely any shutter lag, which is great for candid shots. I went outside into my garden with my photo-phobic dog, and I was able to capture some pretty decent pictures. As an added bonus, the dual-camera setup lets you zoom to a resolution of 2x without relying on any software chicanery. 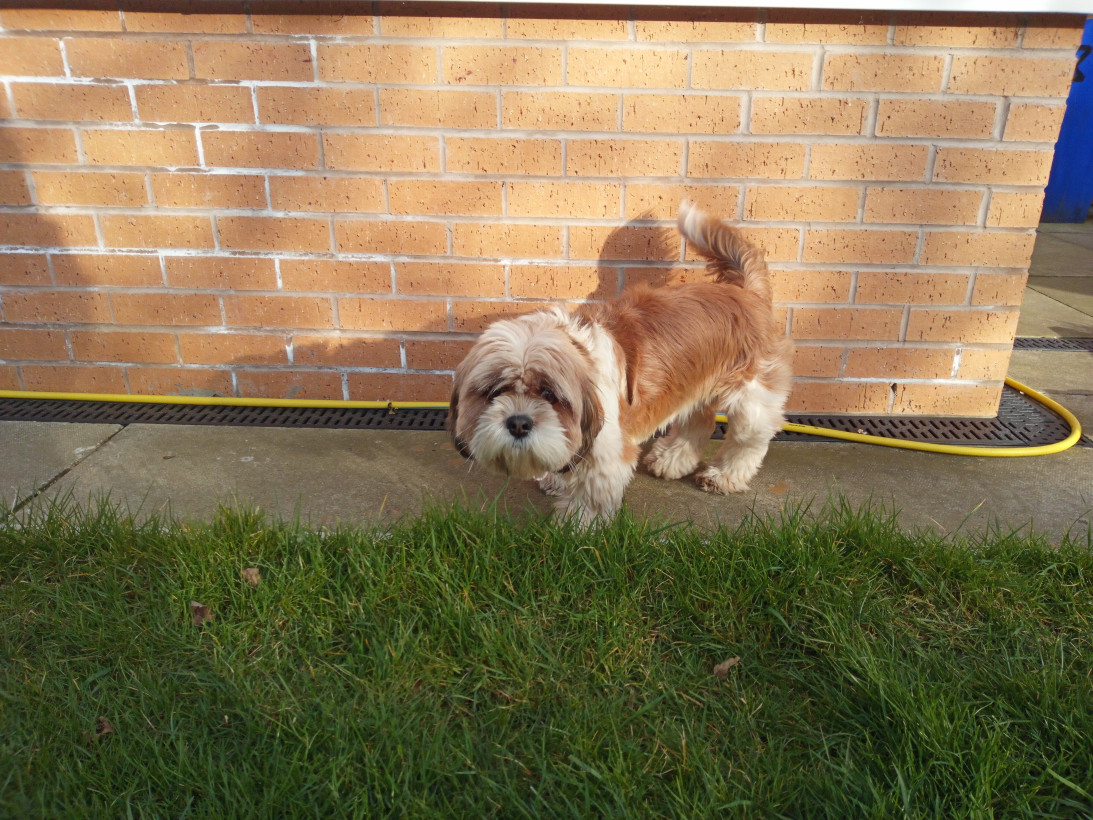 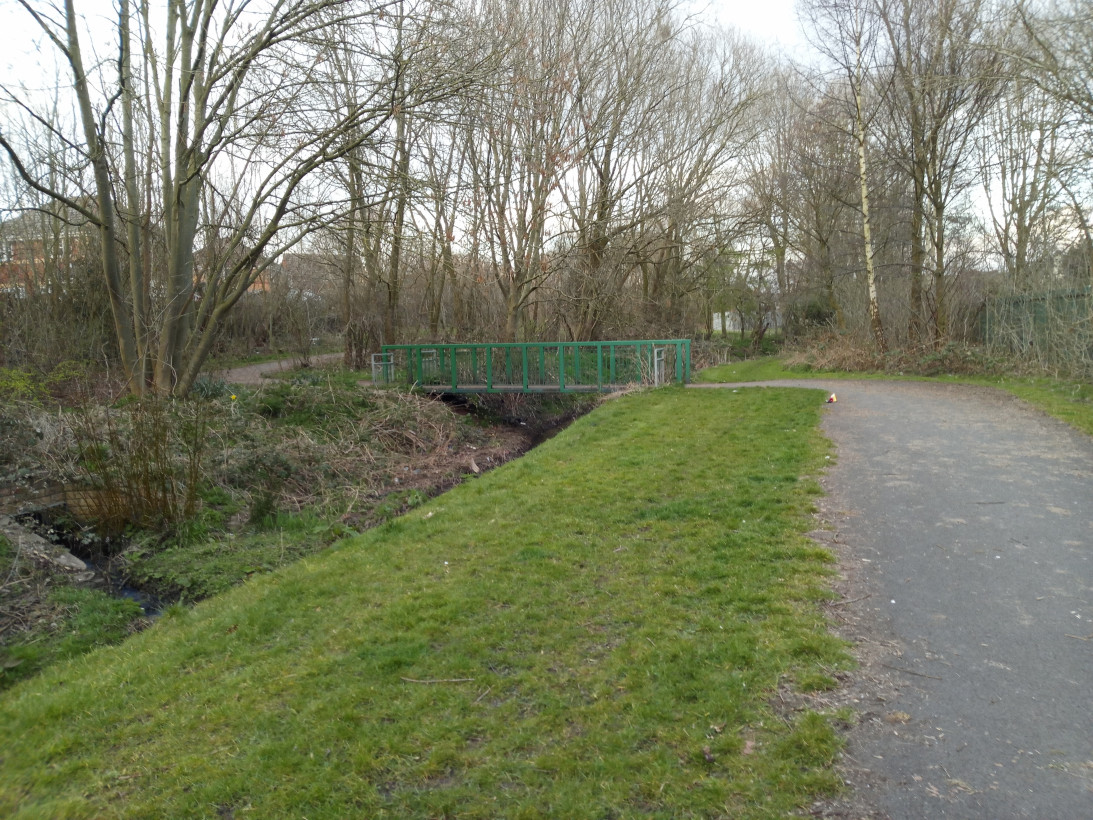 As a phone, the Doogee Mix is solid. Underneath the hood, it packs an octa-core MediaTek Helio P25 SoC, with four cores running at 2.5GHz and four running at 1.6 GHz. As for RAM, there’s an insane 6GB, which feels like (and is) overkill.

The end result is that apps simply fly. Browsing doesn’t feel sluggish, and you can accumulate “tab debt” with abandon. The Doogee Mix 2 effortlessly withstood anything I threw at it.

Another major strength of the Doogee Mix 2 is its battery. We already mentioned this 4060mAh monster. Suffice to say that if you’re the type of person who forgets to charge your phone overnight, this is for you. You can easily get two day’s worth of usage out of a single charge.

Star:
The phone is great. I don't put up a picture because i'm using it to write this text. But it fits the ad photo.
By:M***o 2019-05-14
Star:
The seller is well done, the phone is really super ....
By:M***n 2019-05-08
Star:
Everything is as described. The phone is durable.It looks very mature.
Will comment after using it for sometime!
By:F***h 2019-05-07
Star:
Lacking a bit in quality cameras
2019-05-07
Star:
In the description it is written that as a gift leather case... it is not, and so everything corresponds to the description
By:N***a 2019-05-01
Star:
Excellent product and cost-effective.
By:J***a 2019-04-30
Star:
Great phone. The description of the seller fully corresponds (the antutu test confirmed the characteristics). I use the second day-no complaints. For this money (took at a discount). Build quality, the battery holds well (came with a charge of 72% has not yet discharged), the sound is loud enough (for "thin" ears need to trim the sound, if you need to listen to a lot of audio). In the hand lies perfectly, not heavy, handsome .. Photo norms-this is a phone, not a "mirror", but quite worthy, even in medium lighting. Standard equipment (in the photo). The parcel was tracked, came quickly (2 weeks to almaty).
By:N***e 2019-04-24
Star:
A great phone arrived in record time
By:A***n 2019-04-16
Star:
Excellent phone for your money, delivery is fast, the seller is sociable, complete with a protective film on the screen and a simple case but of good quality, the seller thank you very much, i recommend.
By:A***. 2019-04-12
Star:
Great product recommend 100%
By:A***o 2019-04-09
Star:
The phone is fine, but they don't send gift cover, if not that they send as they see in the photo a back case. The cases are covering the whole phone like a wallet i didn't try it yet i hope it doesn't happen to me like the before the software went away and now i can't pass the photos to the computer, the truth that i have is a good phone, Although it weighs heavily and not a year went by and the usb port doesn't work, the computer doesn't take it, he doesn't recognize it, maybe it's because the phone doesn't do it anymore and i don't know how to update it. I think they 'd have to send the case they promise to gift. On the other hand, customs charged me almost 26 € to let you know though in the other expensive didn't charge me anything for a hug
By:F***n 2019-04-09
Star:
Delivery to kaliningrad for three weeks. Packed zhidenko, although asked for better (((, but nothing was hurt. The device is bright, unexpectedly heavy, with a bumper 245 grams. With the application the phone was a glitch (flew), but after the second update in the air it was cured. The camera is on a solid four, not for pros, but very high quality. Personally, i am very pleased!!! For 115000 rubles a very worthy unit, i recommend! Similar to the iron cost us for 20000
By:K***v 2019-03-28
Star:
The parcel was received in khorog. Corresponds to the description. That everything is stated in the complete set. The phone pleased, the photos are clear, autofocus is fast. Purchase davolen. Sending and shipping fast. Product and seller recommend!
By:N***v 2019-03-20
Star:
ok
2019-03-15
Star:
perfect match
By:A***S 2019-03-13
Star:
perfect
By:A***S 2019-03-07
Star:
Everything fully corresponds to the description. Two weeks have passed from the moment of purchase to receipt. In reality, the phone looks even better than you expect from the photo. Seller thanks!
By:D***v 2019-02-27
Star:
Very beautiful good finish
By:W***a 2019-02-12
Star:
ok
By:C***i 2019-02-08
Star:
ok
By:C***i 2019-02-08